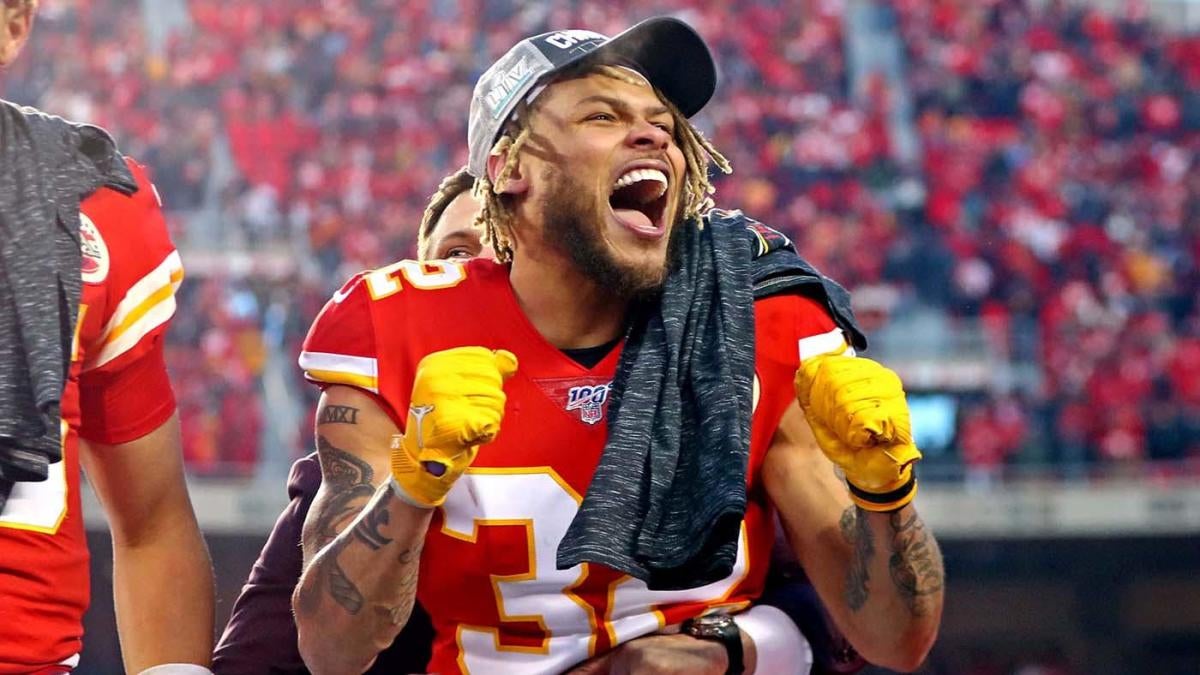 Tuesday’s virtual press conference was largely focused on discussing Patrick Mahomes’ record-setting contract that will keep him with the Chiefs for the next decade, but that wasn’t the only topic of discussion. And while Chiefs coach Andy Reid appropriately took the time to throw compliments at his quarterback, he also made sure to reference another player that was key to Kansas City’s first Super Bowl run in 50 years.

“The Honey Badger is part of this too,” said Reid, who was referring to Chiefs strong safety Tyrann Mathieu. “He was the first guy that texted myself and [GM Brett Veach] when the deal got done. He just said, ‘Hey, what a great thing you did.’ But both those two make our jobs very enjoyable. Being able to come to work and having two great leaders like that along with the other guys that love to play the game.”

“I’ll second that,” added Mahomes. “The Honey Badger has texted me like five times. He’s messaged me on Twitter. The dude’s hyped up, for sure.”

The 69th overall pick in the 2013 draft, Mathieu developed into an All-Pro player during his five seasons with the Arizona Cardinals. After refusing to take a pay cut, he was released by the Cardinals heading into the 2018 season. Mathieu played well enough during his “prove it” season with the Houston Texans to land a three-year, $42 million contract with the Chiefs that included $26 million guaranteed.

During his first season with the Chiefs, Mathieu earned All-Pro honors for the second time in his career. While Mahomes and the Chiefs’ offense understandable received the majority of the credit, Kansas City’s vastly improved defense played a big factor in the team’s success during the second half of the 2019 season. After allowing 225 rushing yards in their Week 10 loss to the Titans, the Chiefs’ defense held five of their final nine opponents to under 100 rushing yards. In their rematch against the Titans in the AFC Championship Game, Kansas City held Derrick Henry (who had been on a roll up until that point in the postseason) to just 69 yards rushing in the Chiefs’ 35-24 victory. Kansas City’s pass defense also rose to the forefront, allowing just 210 passing yards against the Titans and 49ers.

A large reason for the Chiefs’ second half success on defense was Mathieu, who recorded four interceptions along with 12 pass breakups during the regular season while making an additional 18 tackles during the postseason. Mathieu was so good last season that he was recently tabbed as the top safety in the NFL by CBS Sports NFL writer Patrik Walker.

While it may be too early to discuss a contract extension, it appears, based on Reid’s comments on Tuesday, that the Chiefs want to keep the 28-year-old Mathieu in their defensive backfield for the foreseeable future.