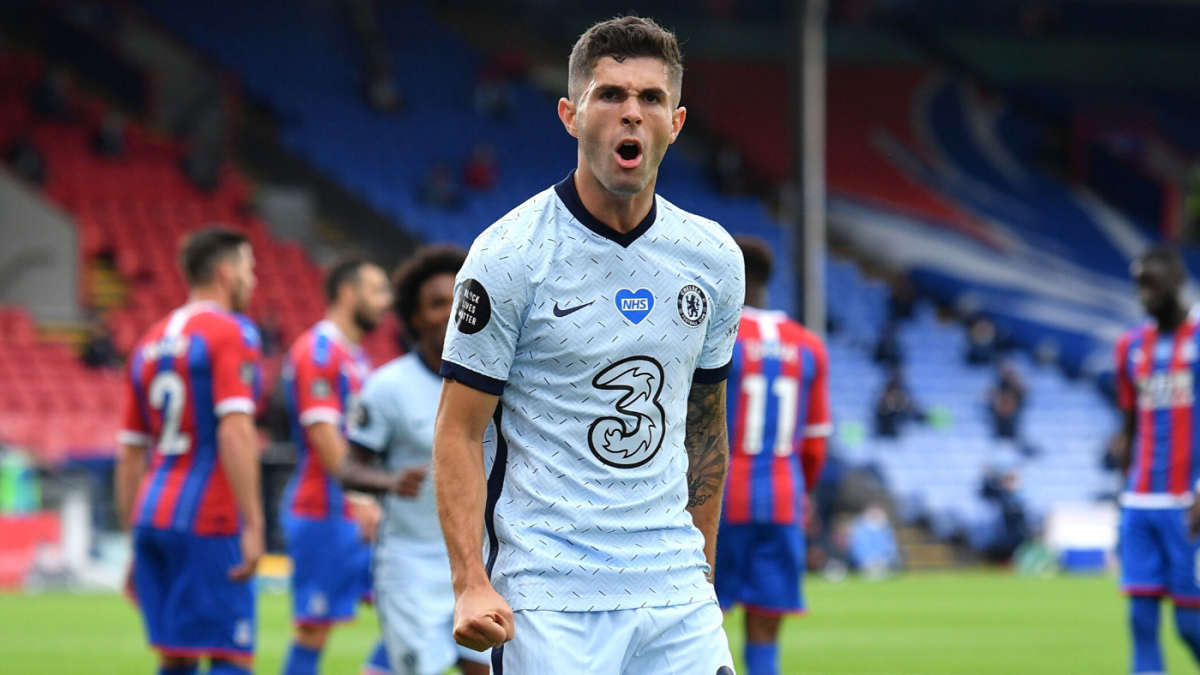 Christian Pulisic started for Chelsea on Tuesday. Just like he has in every game since the Premier League returned last month, the American made a big impact. The 21-year-old scored a fantastic goal in the first half against Crystal Palace to give the Blues a two-goal lead (in an eventual 3-2 win). It was another fantastic display for Pulisic, who continues to be Chelsea’s most important player since the return to play.

He got the ball down the left, cut inside and produced a fantastic left-footed striker that Vicente Guiata had no chance of saving.

It’s a brilliant goal that came after a nifty move. Just watch how quickly he gets a shot off after finding space. It’s pure instinct.

Pulisic now has eight goals on the Premier League season in 21 games (and another goal in Champions League play). It seems fair to say he officially surpassed all expectations for his first campaign in London.

His best play has come in the last few weeks. Let’s recap his performances since play resumed last month:

Pulisic continues to make the most out of his minutes and play so well that Frank Lampard probably feels obligated to start him. Remember a month ago when it was a surprise to see him in the starting lineup? Now it’s a shock when he isn’t in there.

MLS is Back Tournament schedule, dates: Revised list of games after FC Dallas pulls out

2020 sports schedule: AC Milan faces off against Juventus; An updated look at this year’s sports calendar

MLS is Back Tournament schedule, dates: Revised list of games after FC Dallas pulls out