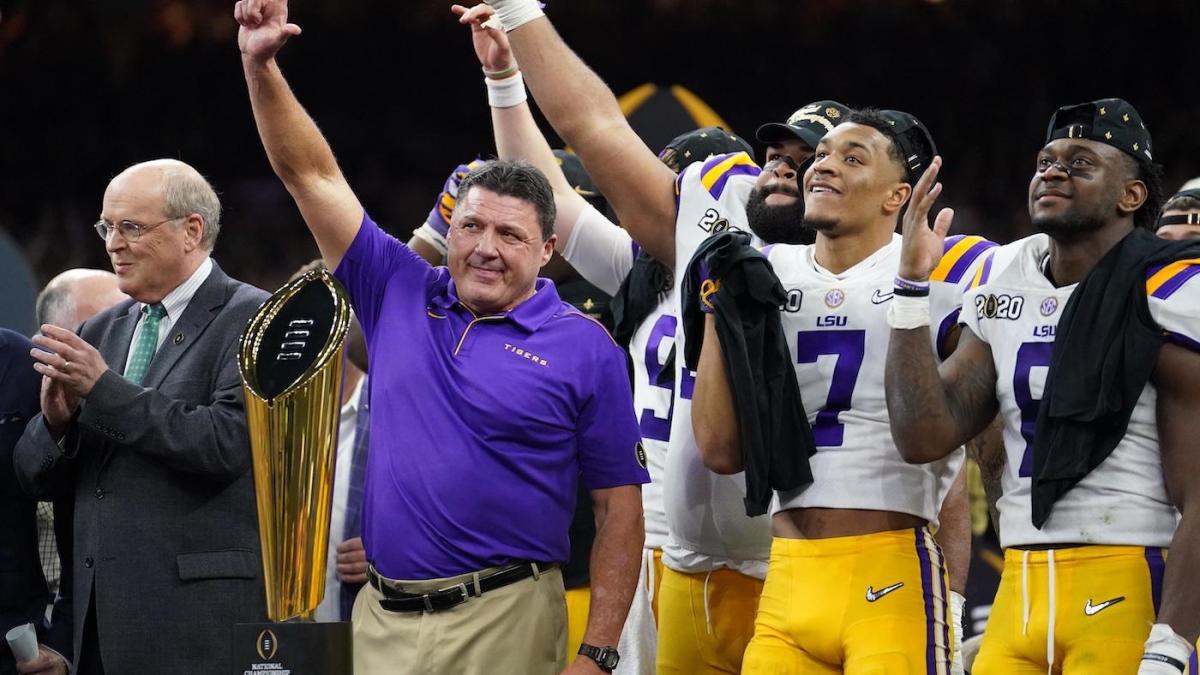 Watch Now: Time No Longer A Friend For College Football (2:21)

It’s been about six months since LSU hoisted the College Football Playoff trophy after beating Clemson 42-25, capping off a perfect 15-0 season. The team waited a while, but has finally unveiled what those championship rings look like. They don’t disappoint and for an added level of bling, players and coaches are receiving not just two rings … but three.

The first two are for winning the SEC title against Georgia and then winning the playoff, but the Tigers are getting a third, LSU-issued national championship ring as well.

The playoff ring, normally standard gold, was adjusted to include more purple stones around the playoff’s logo. The LSU-issued national championship ring features white gold stones on top of a yellow-gold rendering of the national championship trophy. The ring showcases all three of LSU’s school colors of purple, gold and white.

As usual for LSU athletics’ social team, there’s a cool video commemorating the 2019 championship run and the rings. You can check them all out in the video below: