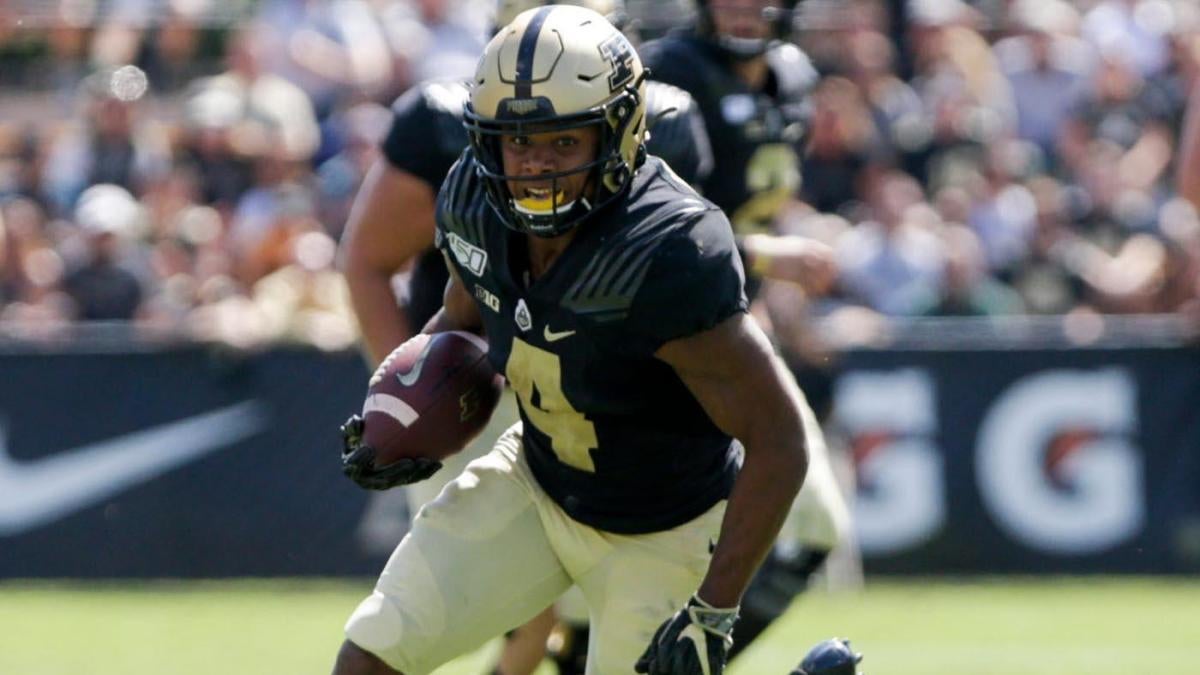 Here’s one reason to hope the 2020 college football season is played on schedule: there are some mighty talented players out there who deserve a chance to redeem themselves. Whether through injury, transfers, coaching changes or general hardships, we know that no career is linear; players have good years and bad years. But it’s how you bounce back that makes the biggest impression.

With that in mind, our team picked their comeback player of the year for the upcoming season. With three quarterbacks, a do-it-all wide receiver and a defensive stud, there’s plenty of room for at least one of these players to return to their previous form.

It seems like James Blackman has been at Florida State for a decade, yet the junior signal-caller for the Seminoles still has plenty of time left to right the ship. That will happen this year. Blackman went through an up-and-down redshirt sophomore campaign last year during a tumultuous season in Tallahassee. But first-year coach Mike Norvell is an offensive wizard who has gotten the most out of his quarterbacks no matter where he’s coached. Blackman has a superstar outside in Tamorrion Terry, an offensive line that returns three starters and a system that has proven to be effective. Bold prediction: Blackman will go north of 3,000 yards passing in 2020.

The first true freshman consensus All-American in Big Ten history saw his sophomore season cut short by injury, preventing all of college football from enjoying Moore’s explosiveness after his unprecedented splash into the sport’s consciousness. Obviously, Purdue is even more anxious to see the Paul Hornung Award-winner return to action, but the human highlight reel aspect to Moore’s play makes him a gift to fans everywhere. Every time Moore gets the ball in the open field, he is a threat to score. And if he’s healthy it’s almost a guarantee that he’ll bounce back to being one of the most exciting players in the entire sport.

There’s nothing like a preseason injury to wipe your name from our collective memories. Lest we forget that Moses was considered one of college football’s biggest names before a preseason knee injury cost him the 2019 season. Moses led the Crimson Tide with 86 tackles in 2018, is a total freak of nature and has the versatility to play inside and outside linebacker spots. He was a projected first-round pick in some way-too-early mock drafts as easily one of Alabama’s most important players. And while the Tide’s defense was still good last year, it wasn’t as dominant as it has been in year’s past and Moses’ injury — among other reasons — played a role. Coming back for another year, Moses should reemerge as one of college football’s top linebackers and be a Day 1 guy in the 2021 NFL Draft.

Can one bounce back from a redshirt? That’s up for debate, but there’s no hiding the fact that D’Eriq King was not the D’Eriq King the college football world had come to know and love in his limited action last season.  In his first two full-time seasons at Houston, King completed 63.8% of his passes, averaging 8.8 yards per attempt. His on-target rate was 78.1% with a touchdown rate of 8.9%. Those numbers fell across the board last year.

In four games in 2019, King completed only 52.7% of his passes with an on-target rate of 68.2%. His yards per attempt plummeted to 6.0, and his TD rate cratered to 5.5%. While two of his four games came against ranked teams (Oklahoma and Washington State), only Tulane’s pass defense finished the season in the top 40 of defensive pass efficiency. It finished 39th (Oklahoma was 83rd, Wazzu 115th). It was a small sample size, but it’s not like there was one game that dragged down three solid performances. They were all sub-par for King.

Now he’s at Miami, and he should be in a better position to succeed than he was at Houston last season. He’ll be in an offense that’s better suited to his overall game this season, which should help his overall numbers. If there’s a concern, Houston’s offensive line last season was a significant contributor to King’s struggles, and Miami’s line hasn’t been an area of strength in recent years. Still, King is too good to play as mediocre as he did last season for long, and I fully expect him to rebound in 2020.

Martinez became the first Nebraska freshman in program history to start a season-opener at quarterback in 2018, and he raked in the accolades for his performance under then first-year coach Scott Frost. It seemed the Cornhuskers were forming a solid foundation on which to rebuild the program.

Then 2019 happened. Martinez struggled — along with the rest of the offense — and Nebraska finished 5-7 after receiving a No. 24 preseason ranking. Yes, Martinez battled injuries, but that alone does not explain why his completion percentage, number of passing touchdowns and yards per game all dipped as a sophomore. There were multiple factors involved, including poor offensive line play and perhaps a lapse in focus on the part of a young player receiving national accolades.

Ultimately, the frustrations of 2019 should be behind him now, and with new offensive coordinator Matt Lubick arriving to provide the entire unit with a fresh start, Martinez is poised for a significant resurgence. He is too talented, and there is too much returning talent on this Nebraska team for the Cornhuskers to languish offensively again.