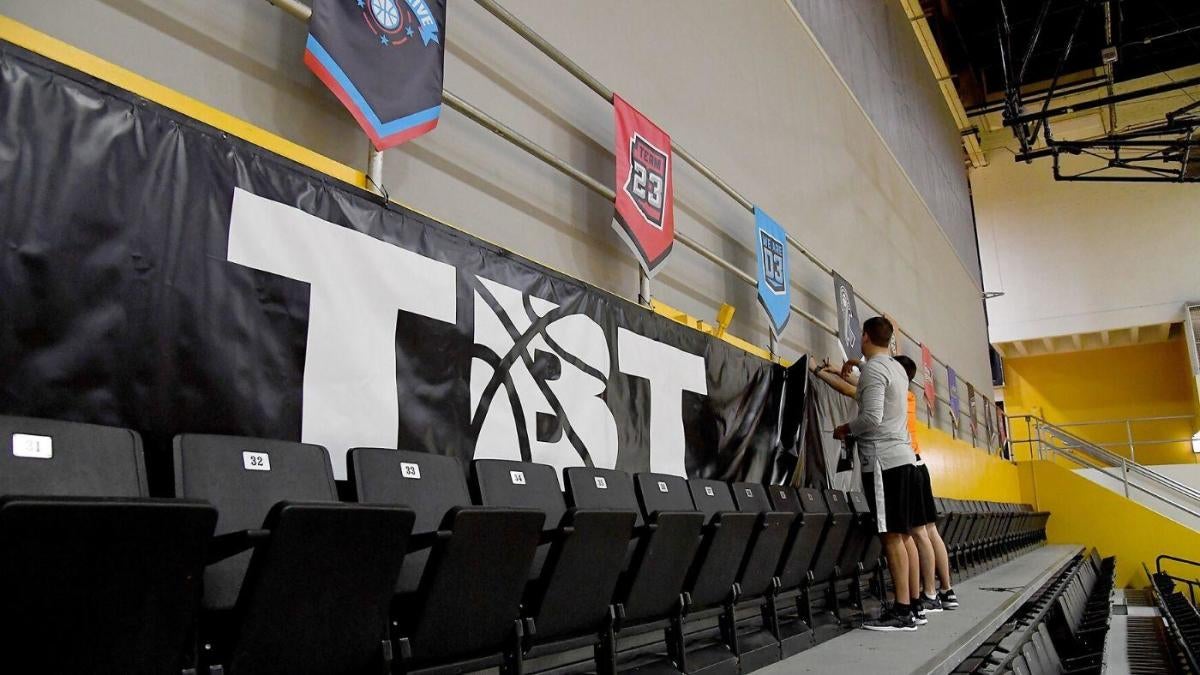 The first weekend of the 2020 iteration of the Basketball Tournament is in the books. TBT kicked off its sixth year of competition on July 4, with every high seed pulling out a win on the first day of the single-elimination, winner-take-all cash prize event. Day 2, however, saw some upsets, as three of the four games saw the lower-seeded team knock out their higher-ranked opponent.

This year, due to COVID-19, the field has been reduced to 24 teams, and the cash prize has been lowered to $1 million. In addition, instead of a cross-country event, the entire tournament is taking place at Nationwide Arena in Columbus, Ohio, with players and staff members quarantined in one location. Four teams — Best Virginia, Mid-American Unity, Jackson TN Underdawgs, and Playing for Jimmy V — were replaced before the tournament started due to positive coronavirus tests. A fifth team, Eberlein Drive, was removed after the tournament was already underway.  Eberlein Drive was supposed to play in the Sweet 16 on Monday night, but instead their scheduled opponent, Brotherly Love, will automatically advance to the next round.

“Although it’s difficult to release the teams that we have, we’re following our plan to control the spread of the virus within our bubble here in Columbus, [Ohio],” TBT founder and CEO Jon Mugar said in a statement, via ESPN. “We have administered nearly 1,400 tests with just 31 positive cases, only five of which were in Columbus. We continue to have confidence in our health and safety plan to reduce the risk for everyone involved with TBT 2020.”

The action continues on Monday, July 6 as the Sweet 16 will get underway. The tournament, as a whole, will conclude with the championship game on Tuesday, July 14. Dozens of former college and NBA players are taking part, including Chris Paul, who is serving as GM for Team CP3. Some notable names among those suiting up to play include Jarrett Jack and Joe Johnson, who are representing four-time champions Overseas Elite. Last year’s winners, Carmen’s Crew, are back as well and are led by Jared Sullinger and Aaron Craft.

Here’s the full schedule and how to watch every game:

Countdown to NBA restart in Orlando: Things to know for all 22 teams heading into Disney World bubble