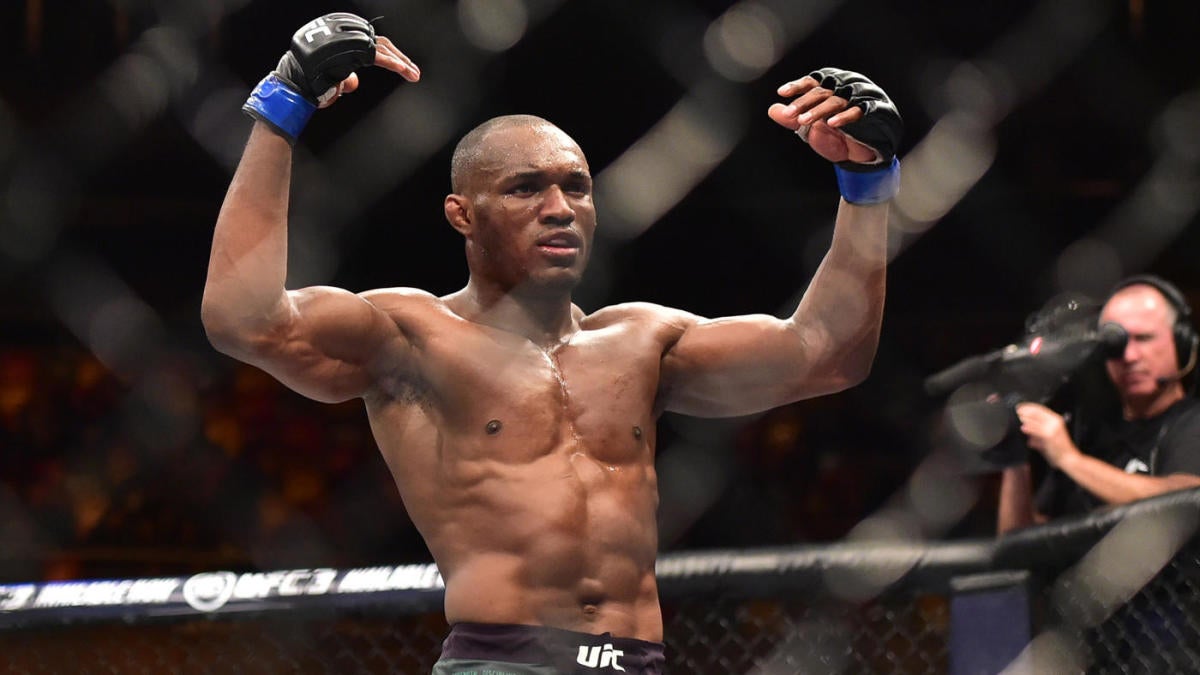 After eight years and 18 fights with the UFC, Jorge Masvidal is finally getting a title shot with the promotion. “Gamebred” is determined to make the most of it, even on just six days’ notice. Masvidal will challenge Kamaru Usman on Saturday for the welterweight crown to highlight the UFC 251 card at UFC Fight Island in Abu Dhabi. The main UFC 251 fight card, highlighted by three title bouts, is set for 10 p.m. ET.

The UFC turned to the third-ranked Masvidal after top-ranked contender Gilbert Burns tested positive for COVID-19. He brings a three-fight win streak, while Usman will make the second defense of the belt he won with an upset of former champ Tyron Woodley last year. Usman is a -300 favorite (risk $300 to win $100), while Masvidal is priced at +240 in the latest UFC 251 odds from William Hill. In the co-main event, Alexander Volkanovski (-240) defends his featherweight title against former champion Max Holloway (+200). Before finalizing your UFC 251 picks, make sure you check out what SportsLine MMA expert Brandon Wise has to say.

A CBS Sports editor specializing in MMA, Wise has been dissecting the sport for more than five years. He specializes in picking main-card fights for UFC, which has enabled him to be profitable every year. Wise went a perfect 5-0 at UFC 239 and was 4-1 at both UFC 245 and UFC 249. He also nailed Khabib Nurmagomedov’s destruction of Conor McGregor in 2018, Stipe Miocic’s upset of Daniel Cormier, Holloway’s downfall in 2019 and Justin Gaethje’s TKO victory over Tony Ferguson in May.

Across UFC 247, UFC 248, UFC 249 and UFC 250, Wise went 14-6 with his main-card picks, posting a winning record on every card and returning healthy profits for anyone following them. Since the UFC returned following a two-month period of inactivity due to the coronavirus pandemic, he has gone 25-12 – including 4-1 at UFC Fight Night: Poirier vs. Hooker less than two weeks ago – while nailing the method of victory 16 times. Anyone who has followed him is way up.

Now with UFC 251 fast approaching, Wise has carefully studied every main-card matchup and released his selections. Those picks are available at SportsLine.

Usman (16-1) is riding a 15-fight winning streak that began in December 2013, less than seven months after he submitted against Jose Caceres for the lone loss of his professional career. The 33-year-old Nigerian is 3-0 in title fights after recording a technical knockout against Colby Covington at UFC 245 on Dec. 14 in the first defense of the welterweight crown.

The champion owns an 11-0 record since joining the UFC in 2015 and has been the favorite in all but one of those bouts, with the exception being his upset victory over Tyron Woodley for the title. That trend largely comes as a result of Usman’s dominant wrestling ability, as he holds the UFC record for bottom position time at a mere two seconds.

Masvidal (35-13) is ranked third in the welterweight division and has scored a knockout in his last five victories, including a TKO win over Nate Diaz at UFC 244 last November. The 35-year-old native of Miami, who registered the fastest KO in UFC history when he flattened Ben Askren with a flying knee five seconds into their fight at UFC 239 on July 6, 2019, has not fought for a title since defeating Nuri Shakir in June 2006 for the vacant Absolute Fighting Championships welterweight belt. You can see Wise’s complete Usman vs. Masvidal picks here.

We’ll reveal one of Wise’s UFC 251 main-card predictions here: He is backing Petr Yan (-240) to get the best of Jose Aldo (+200) in a matchup of bantamweight contenders.

The 27-year-old Yan (14-1) is considered one of the UFC’s rising stars. The Russian fighter is 6-0 in the UFC with three stoppages. The No. 3-ranked contender has defeated John Dodson and Uriah Faber within the past 16 months.

Aldo (28-6), 33, is in the rare position of receiving a title shot following back-to-back losses. But those defeats came to current featherweight champion Alexander Volkanovski and a disputed decision to top-ranked Marlon Moraes in his bantamweight debut.

“I love Jose Aldo. He is a legend with a storied career and still deserves to compete on the highest level of the sport, but he should not be fighting in this spot for a bantamweight title,” Wise told SportsLine. “Aldo has lost two straight, despite what UFC president Dana White or anyone else wants to say about how he looked, or what the judges should have done.”

Wise also has strong picks for Usman vs. Masvidal and every other bout on the main UFC 251 card. He’s also backing one fighter who has “the perfect game plan.” You can only see those UFC 251 picks here.

Who wins Usman vs. Masvidal at UFC 251? And how exactly does each fight end? Visit SportsLine now to get detailed picks on every fight on the main UFC 251 card, all from the accomplished expert who has been profitable for five straight years, and find out.